Livestock farming and its benefits 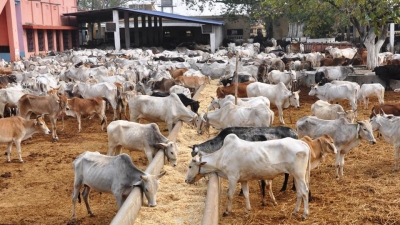 Livestock Farming is defined as raising of Domesticated animals in an agricultural environment. It is also known as animal husbandry, as it involves breeding and maintenance of various animals and birds, which leads to the production of commodities like eggs, meat, milk, fur, wool etc. Since millennial years, animal farming has been pursued either as a complimentary or a supplementary activity along with agriculture. In recent times, owing to the increased demand as well as sustainable profits, many entrepreneurs have started entering into livestock farming as a primary business activity.
In India too, the focus has shifted to taking livestock farming as a serious, standalone activity by many small-scale farmers and farmers with no lands. Entrepreneurs in India, are raising various animals and birds including cows, buffaloes, goats, quails, sheep, chickens, ducks, geese etc. in various parts of the country.
Since the longest times, the focus was solely on increasing the production to benefit the growing demands. This led to widespread misuse in the rearing of animals. Producers started injecting animals with various hormones and chemicals to increase production and weight, cross-breeding and genetically modifying them. This practice not only affects the health of these animals, but consumers too. With raising awareness among consumers, the tide is shifting towards organic farming. Producers now ensure organic grazing lands and pasture, food and other supplies to ensure animals grow in their best form, organically. The government too, is awarding these efforts by Certifying such organic livestock producers. 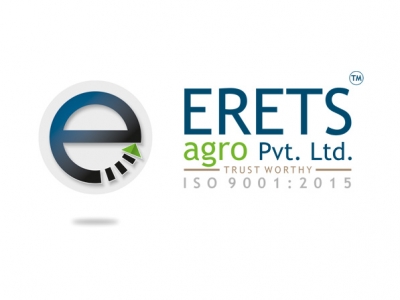 EretsAgro is an agro-based company which deals in the production and supply of healthy, organic livestock including chickens, goats and quails. It believes in strengthening the farmers of our nation, by directly partnering with them and providing healthy, organic products to consumers. you would agree that there are not many genuine producers in the organic meat and eggs space, EretsAgro still, does have a competitive edge due to the partnerships it has developed. While the company believes in translating these advantages to every stakeholder, here are 5 reasons you should choose EretsAgro as your supplier for organic meat and eggs.
Organic Meat
Meat is a very important component of our daily diet. Consumers who have regularly consumed artificially grown meat are known to have fallen prey to various diseases including many anti-biotic resistances. It is therefore very important to consume healthy, organic meat, just like organic fruits and vegetables. EretsAgro only provides organic meat, from animals that are allowed to grow naturally, without using any antibiotics or growth hormones. Such meat is known to have lower fat levels as well as higher levels of Omega-3 acids, which is very healthy for the body.
Organic Eggs
The Farmers partnering with EretsAgro are certified by the government as organic producers of eggs and meat. This means that they feed organic food to the chickens and quails. The birds are not kept in cages and are allowed to roam outside freely. They are not injected with any antibiotics or hormones. Organic eggs contain a lower amount of fats and higher amounts of vitamins and other minerals like calcium, Zinc, phosphorous than conventional eggs. What’s more, they are tastier than conventional eggs too!
Partnerships with Local Farmers:
Agriculture and livestock complement each other. Hence, most of the farmers are engaged in livestock activities in one way or the other. The team at EretsAgro believe that paying attention to livestock farming is a stable and viable option, as agriculture is dependent on external natural factors, most of which are not controllable. EretsAgro has therefore teamed up with many farmers who take care of their livestock such as chickens, goats and Quails. These partnerships have not only proven beneficial for EretsAgro by providing organically grown livestock, but also provided for a sustainable income for farmers, strengthening their livelihood!
Partnerships with local Distributors
EretsAgro believes in strengthening the supply chain to provide fresh produce to the consumers. Hence, they have partnered with farmers and local distributors across various states of the country to ensure that they receive fresh produce in a timely manner. The distributors receive better quality, organic meat and eggs at affordable rates and so, can have a competitive edge over others.
Economic value to Consumers